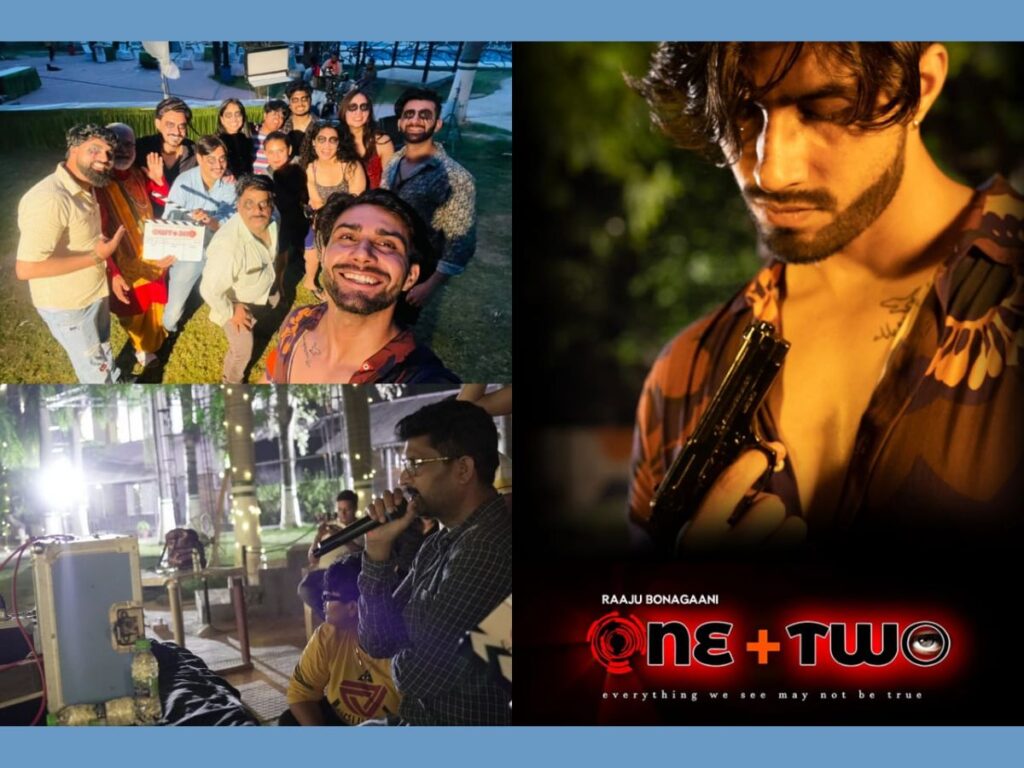 December 09:The trailer of One Plus Two will be released today. One Plus Two is an upcoming Hindi movie based on the suspense and thriller genre.

Raaju Bonagaani will debut in the Bollywood Industry as a director and a producer with One Plus Two. He has vast experience working in the South Indian film industry as a VFX artist.

‘One Plus Two’ is an upcoming Hindi thriller and suspense film. It will be Raaju Bonagaani’s debut as a director and producer in the Bollywood industry. He has considerable experience working in the South Indian film industry as a VFX artist.

One Plus Two will be a special movie for Raaju Bonagaani as this will mark his debut in the Bollywood industry. He has vast experience working in the South Industry as well. Raaju Bonagaani has contributed to several movies in South India as a VFX artist.

Raaju Bonagaani along with direction and production has also contributed to the screenplay and story development. Nagaraju Desavatha has co-directed the film with him. Raju Bonagaani has his own movie production house named “Bonagaani Entertainments”.

One Plus Two will also be the film that will introduce new faces into the industry. Ankush Rampal is an Indian model who is best known for his appearance on MTV Splitsvilla. The season was hosted by Sunny Leona and Ranvijay Singh. Ankush Rampal was also seen in the web-show Simran the Lost So where he played the character of Saahil.

Raaju Bonagaani has previously shared several pictures of the cast and crew of One Plus Two through his official Instagram account. In Indian cinema, Raaju Bonagaani is well-known for his work as a director, screenwriter, writer of action special effects, and visual effects artist.

Raaju Bonagaani has contributed immensely to films in Hindi and all South Indian languages as a VFX artist. Over 300 films made by him as a leader in visual effects for more than 25 films, and many popular films were based on his screenplays.

The One Plus Two film has a huge technician team. The list includes Ansuman Shrivaasthavaa who has worked on the film dialogues, Venkat Mannan who is the DOP, Ravi Kumar Kondaveeti is the editor of the film, Mansy Pandey is the line producer,and Sravani Bonagani is the art director.

It would be interesting to see if One Plus Two will be able to make a place of its own at the box-office or not. Will it be a hit or a miss? Only time will say. Watch Trailer: https://youtu.be/nEp70esk64Y