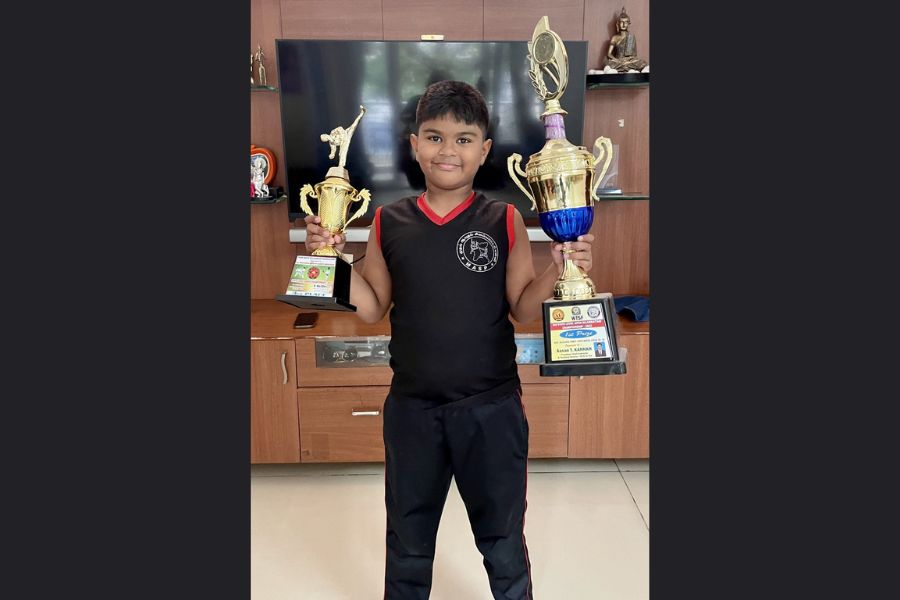 New Delhi, December 06: “What separates the talented individual from the successful one is a lot of hard work,” said Stephen King and the boy that you are about to read about is someone who proves King right, as he is not only talented but immensely hardworking for such a young boy. Jeevan Ganesh, the eight-year-old wonder kid was born on October 3, 2014, to the lucky couple Dr. Ganesh Kothandapani and Dr. Hemachitra Ramalingam in the busy city of Chennai. No one knew what this child was capable of, but everyone was sure that he was special.

Jeevan Ganesh is eight years old as of today and has enough achievements to put an accomplished adult to shame. The dedication and drive in such a young boy are like a breath of fresh air. He already has many titles under his belt, and not only in sports but overall, he is truly an all-rounder. From sports to gaming, this boy has left no stone unturned to make the most of life. With optimum utilization of resources around and tons of hard work, this young man is making waves across the nation.

Jeevan started his climb to success at age five when he started practicing Silambattam (martial art) and shocked everyone around him. At the mere age of eight, he is already showing adult-level competency in the art form and is not limited to that one art form but is also excelling in Karate on the same lines. He holds a green belt in Karate and has been awarded KACHAI in the Silambattam. He won his first state-level competition at the age of six.

Jeevan has been blessed when it comes to family. His parents have supported him since day one and continue to do so. His grandparents were worried about pressurizing the child but they came around when they saw Jeevan’s talent and his dedication to excel. Jeevan has excelled in the art of balancing in life as well. This eight-year-old divides his time wisely between studies and sports, and still manages to do multiple co-curricular and extracurricular activities. When asked about his motivations he says his biggest inspirations are his coaches and the love of his parents for him. His mother also says that he loves being on the stage and is inclined towards public speaking as well.

Parenting such a wonder child is a huge responsibility but Jeevan’s parents are doing a wonderful job. They are working towards raising a kind, hardworking boy who is destined for greatness. His parents are very adamant about not pushing the child’s limits and letting him make the decisions when it comes to committing to anything. They hope to see their child climb the stairs of success into the stars, which Jeevan is certain to do.

If you have any objection to this press release content, kindly contact pr.error.rectification[at]gmail.com to notify us. We will respond and rectify the situation in the next 24 hours

Pursuing One Dream After Another