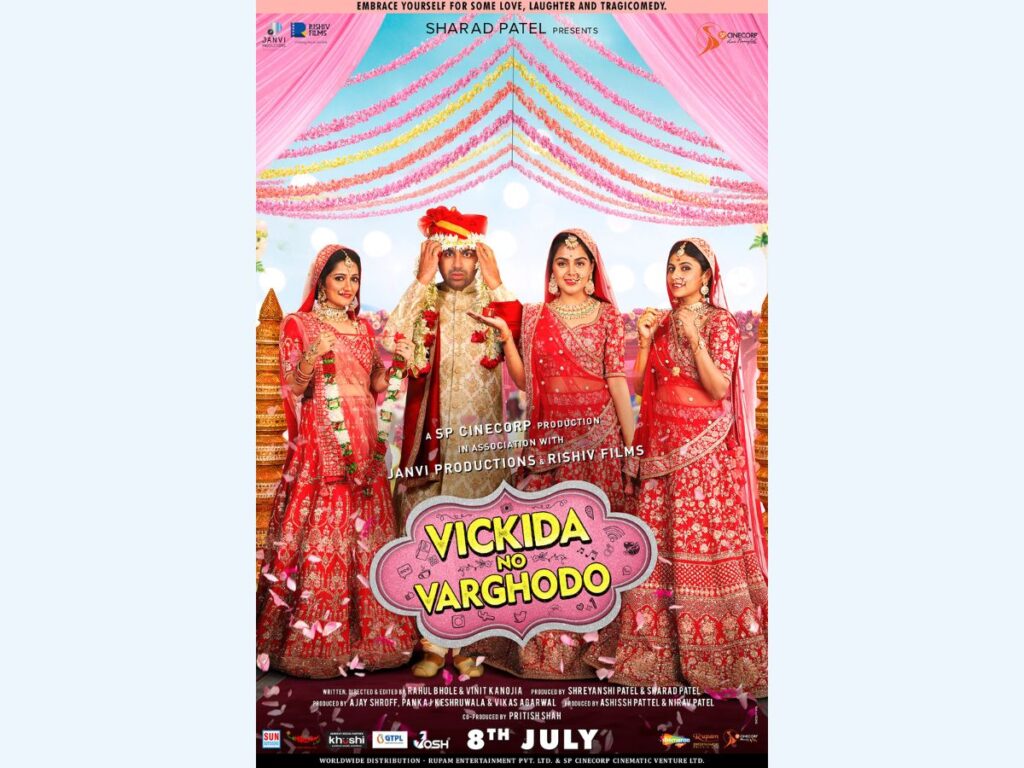 Mumbai (Maharashtra) [India], June 28: Since the last couple of years, the landscape of Gujarati cinema has changed dramatically. Like other regional cinema, Gujarati cinema has undergone a makeover. Intrigued by the progress we see more people been awaked to the potential of Gujarati cinema and hence generating massively positive response from not only Gujarati but global audiences. The story telling of Gujarati cinema has changed its outlooks and the soon to be released tragicomedy ‘Vickida No Varghodo’ is also one such film which is ready to entertain the audiences in a very unconventional way. But before the release of the film, as soon as the trailer of the film was released, it has generated a huge buzz and created a stir on social media. The response to the trailer has created history by garnering more than 5 million + views within 24 hours, breaks all records till date for Gujarati industry.

Looks the like the audiences are going to bestow upon all the love and support for the film.

‘Vickida No Varghodo’ has been presented by Sharad Patel of Sp Cinecorp, who earlier produced National Award Winner “The Tashkent Files”, blockbuster like Chhello Divas, critically acclaimed “Buddha In A Traffic Jam” and more. Having a legacy of such creating landmarks, we shall be awaiting the most anticipated film to yet again create another landmark.

The film is written, directed and edited by Rahul Bhole and Vinit Kanojia , the duo who won the National award in Gujarati category their film  ‘Reva’.

Sneak peak into the plotline- Vicky – Vikas Majethia and his extended family of more than 40 members arrive at his wedding venue to celebrate the varghodo of their beloved only son. As we know more about Vicky and his life, we realise that Vicky’s arranged marriage is under the pressure of his parents. The girl is a simple, sweet and straight forward and is as nervous as Vicky. They decide to have a frank session where she finds out about Vicky’s past. As we say, its best to make peace with the past for it to not hamper our present but Vicky’s past had other plans. The situation turns tumultuous when his unfinished past stands right in front of him. The film is a perfect recipe of love, laughter, friendship and relationship with a dash of Masti in each bite. Watch the film to find out – Who will Vicky marry?

In this moment of leading light, SP Cinecorp is launching its own NFT platform, which will cater to its own content as well as content from other production houses.  Leveraging the power of blockchain tech, the movie will become the first Gujarati feature film to be exploited via NFT. SP Cinecorp will launch the film elements and related merchandise on its own blockchain platform geared to the film industry. The platform will offer the audiences to be a part of the film in much more meaningful way, trade NFTs, earn rewards and explore more potential going further.

Speaking on this occasion, The Chairman of SP Cinecorp, Sharad Patel, said “NFT’s now throw open a whole new world of opportunities in the sector – an entirely new funding, financing, and revenue opportunities into the movie industry and are the next great revenue stream for filmmakers.”

Blockchain expert, Mr, Raj Kapoor of India Blockchain Alliance said “I am truly excited to be a part of this partnership with Sharad. Blockchain technology has revolutionised many industries and has huge potential in Media & Entertainment Sector. And NFT’s are  just the beginning of this exciting journey!

‘Lakiro’ to be the First Gujarati Film to Launch NFTs

“Baitullah”: Mukul Madhav Foundation Showcases The Story of Millions Of Child Labourers Through The Eyes of One