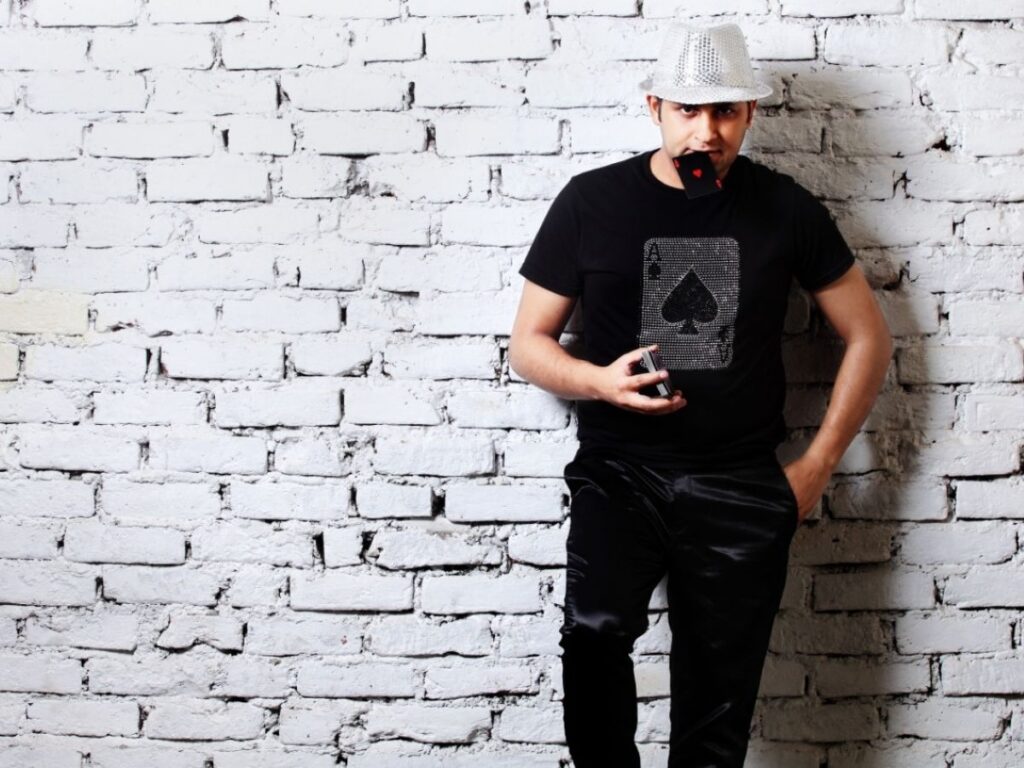 Mumbai (Maharashtra) [India], March 19: Illusionism is a millenary art whose social context has evolved substantially over time. Contemporary magic is unique in the sense that it is capable of provoking the wonderful experience of the impossible without the need for the audience to believe that what they observe is real.

I-Pad magician Rahul Kharbanda is a second-generation illusionist from a Magician family. Rahul’s magic has also spread to Bollywood, as he has now become a consultant in the industry. His work may be seen in the movie ‘Atrangi Re’, starring Akshay Kumar, Sara Ali Khan, and Dhanush. Illusionist RAHUL KHARBANDA executed all the magic sequences and props performed by Akshay Kumar in the movie Atrangi Re. Rahul suggested all the props for the act.

In his comments, Rahul Kharbanda said, “I still remember my first day on shoot wherein Akshay Kumar (Sajjad Ali Khan) was supposed to perform a stage Magic show, this was full of challenges as most of the magic we designed for this were a one-off (they can be used only once in effect) so for the perfect shot to get captured & multiple retakes, we arranged multiple numbers of same effect props. This was a long shot that involved Akshay Kumar (Sajjad Ali) talk while performing a series of Magic acts to impress Rinku (Sara Ali Khan) & he did it with good practice & finesse. His aura & confidence gave an impression of an experienced magician. He was bold enough to use birds & fire in this, along with a few sleights of hands acts. As you saw in the movie, Sara Ali Khan enjoyed Magic to the fullest & she was the same true audience off camera also. She is very hardworking & supportive towards everyone on the sets. He further added that my next sequence was exciting in front of TAJ MAHAL. As per the script, Akshay Kumar was supposed to vanish the Taj Mahal for Sara Ali Khan in front of Dhanush & other audiences, but he fails in this, followed by an emotional scene. We went early on the set at Taj Mahal in Agra & were waiting for the shoot to start. Suddenly a thought came into my mind & I shot a scene with my mobile phone in which I vanished the Taj Mahal. When I thought that my role was over with this movie, I got a call from Akshay Kumar, sir secretary, to prepare a few acts for the movie promotion shoot at The Kapil Sharma Show. I specially designed a few comic acts that suit the style of the show. Thanks to this experience, I am getting calls from the south film industry & web series too as a Magic consultant. I see more & more web series/films are presenting Magic in a big way.”

Rahul’s next grand illusion show, “The Las Vegas Magic Show”, is happening in the capital city of India- Connaught Place in New Delhi in May 2022. Rahul has experimented with this digital magic on phones, tablets, TVs, and large LED screens. He has also used the magic widely during corporate shows, product launches, R&R meetings, award ceremonies, and other presentations.

You can view his work at www.magicianrahul.com