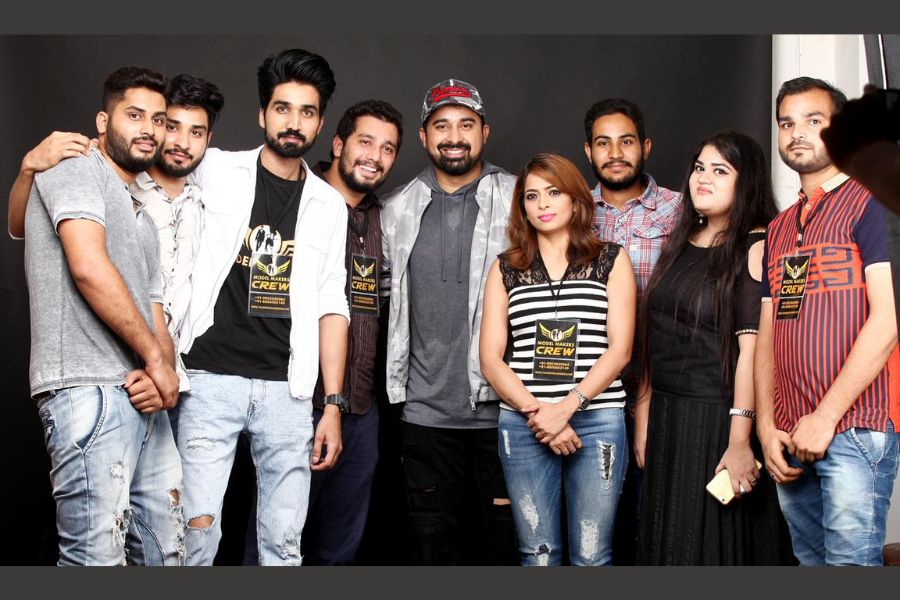 November 28: Crafting Models With Himanshu Choudhary Whenever it comes to modelling and acting, everyone says that this is a very expensive industry. People also state that, if you have to get a single photoshoot done, you would need a lot of money. But today, we are going to talk about a well-known theater artist and model, who developed his own modelling agency to tackle this problem and started offering affordable photoshoot and portfolio building services. Yes, you guessed it right we are going to talk about Himanshu Choudhary who is the founder of Model Makers. Let’s discuss everything about the story of Himanshu Choudhary. How Himanshu Started? Most people are unaware that Himanshu Choudhary was born on 30th January 1992 in Abohar, Punjab, and he completed his schooling from a convent school in Bikaner, Rajasthan.

Later he shifted to Delhi in 2009 and did his graduation from Guru Gobind Singh Indraprastha University. We can say that Himanshu’s actual career journey started from his college days, as that was the time when he started theater for around 2 years, along with that he also did modelling from 2010 to 2012. During this phase Himanshu Choudhary was able to know about the pros and cons of the modelling industry. That’s when he thought of creating his own modelling agency in 2013 which would offer affordable photoshoot and portfolio building services. His Agency & Further Life Till now Himanshu is able to complete 91 seasons of celebrity shoots, where he has done shoots with Sara Gurpal, Himanshi Khurana, Ginni Kapoor, Rannvijay Singha, Prince Narula, Karan Kundra, Yuvika Choudhary, and many more. Along with this successful modelling agency Himanshu Choudhary also offers counseling to all the newbies who want to become a model or actor. He has also done casting for reality shows, web series, movies, tvc ads, and more. Recently Himanshu Choudhary started his new venture on the name of Fashion Grandeur which is a beauty pageant and completed one show in Delhi with Mr World 2016 Rohit Khandelwal. Shifted the venture to Mumbai for developing more and better opportunities for upcoming models and actors.