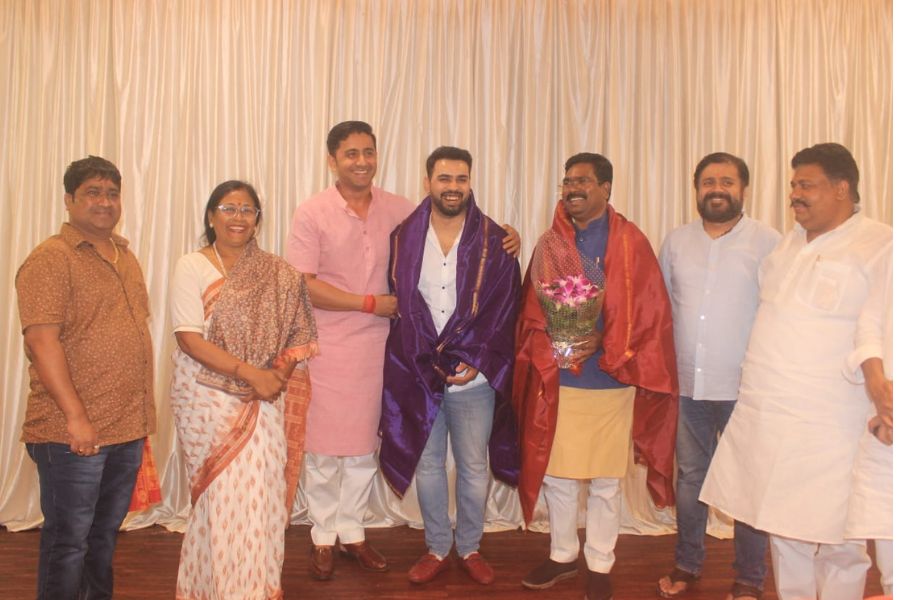 Let us tell you that Karan Singh Prince along with Priyanka Banerjee, Babita Singh Verma had laid the foundation of Trimkraj Entertainment and the company has been organizing Persona Mrs India in a grand manner. This year was the fifth year of Persona Mrs India. The first season took place in Jaipur, after that it has been happening in Mumbai for four years. This year the two winners of the fifth season are Persona Mrs India Universe Hema Niranjan and the other is Persona Mrs India Worldwide Snigdha Mukherjee. Both of them are going to represent India at the international level this year.

It is noteworthy that Captain Karan Singh, a resident of Rastipur, who was a candidate from the Apna Dal BJP alliance from Pratappur assembly constituency, has done incomparable work in the field of human and social service. Due to the lockdown during the Corona period, when the migrant people wanted to go to their homes, but due to the closure of trains and buses, people were stranded at different places. In such a situation, Captain Karan Singh played a very important role in sending the residents of Pratappur assembly constituency to their villages. Hundreds of people were sent by trains and by road in lockdown. Thousands of people were sent to Pratappur by Karan Singh by giving them train tickets and by the road. Ever since the first lockdown was announced, Karan Singh and his team were engaged in providing food and other facilities to the migrants in Mumbai. Human service was done by giving free food, snacks, water, masks, soap etc. to the migrants returning to the native place. Due to such selfless service by Karan Singh, he was discussed a lot in Pratappur assembly constituency. And now he celebrated Karan Singh Prince’s birthday here in Mayanagari Mumbai where many guests also came.

“Pajjan Chacha: Champion of Inclusivity and Hope for the Needy of Bundelkhand”