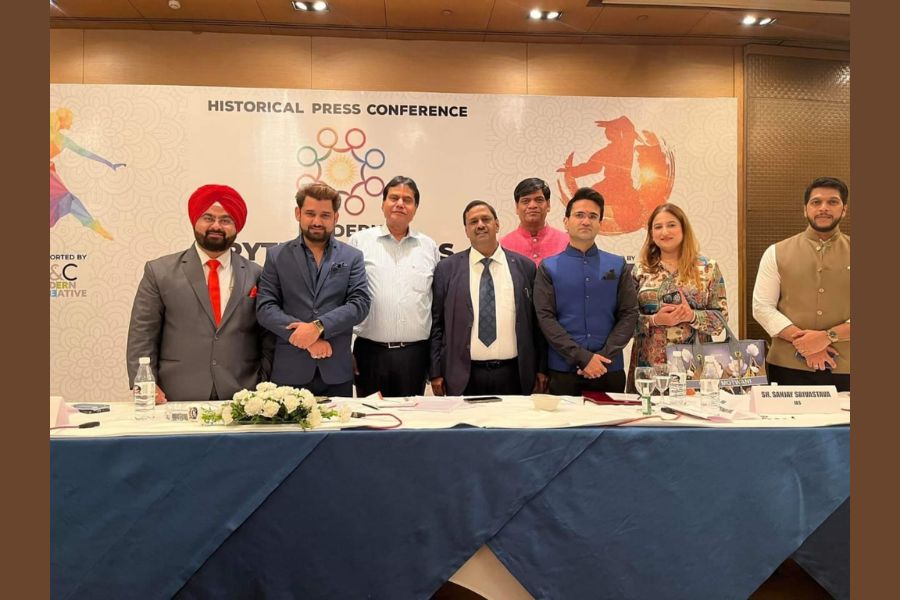 The Modern Pythian Games were originally introduced in ancient Greece around 582 BC in the era of the Pan Hellenic Games. It is considered to be the second most important game behind the Olympics. The modern Pythian game comes with a new hope that combines multiple structures that help and promote tourism, and national economies and open up job opportunities for artisans and associates.

Talking about the modern Pythian Games, Sahil Seth quoted, “It is a very noble responsibility and I feel very grateful to be a part of such an event. As India is a country of art and culture and I am always after promoting the same to the world. This platform fulfils all the needs and provides a stage for the people to meet with people of other countries through cultural diplomacy.”

The games serve as a unified global platform to commemorate the exchange of arts, culture, games, e-sport, adventure, entertainment, martial arts, and air sports through competitions where artisans will be able to represent their flags by showcasing the art on an international level.

Sahil Seth has always been a young influencer and is always one step ahead when it comes to the service of the nation. He has been part of many arts and culture-related festivals to uplift and bring positive changes to society.

After joining the revival of the Delphi idea of ‘Modern Pythian Games’, he added, “Our nation is full of creative people who seek a platform to grow. The Modern Pythian Games will offer them a perfect platform that will not only encourage them but also bring new hope. Just like the Olympics is based on sports; Modern Pythian is completely based on arts and culture that includes ‘musical, vocal and instrumental arts’, ‘performing and theatre arts’, ‘visual, heritage and artisan arts’, ‘martial, entertainment and traditional arts’, ‘robotic, virtual and digital arts’, ‘language, literary and oratory arts’, ‘social and cultural arts’, and ‘architectonics and eco arts’.”

He also added, “I pay special thanks to Mr. Bijender Goel for conceptualising the idea of Modern Pythian Games as it is the best way to open up the global economies for India and to support the artisans.