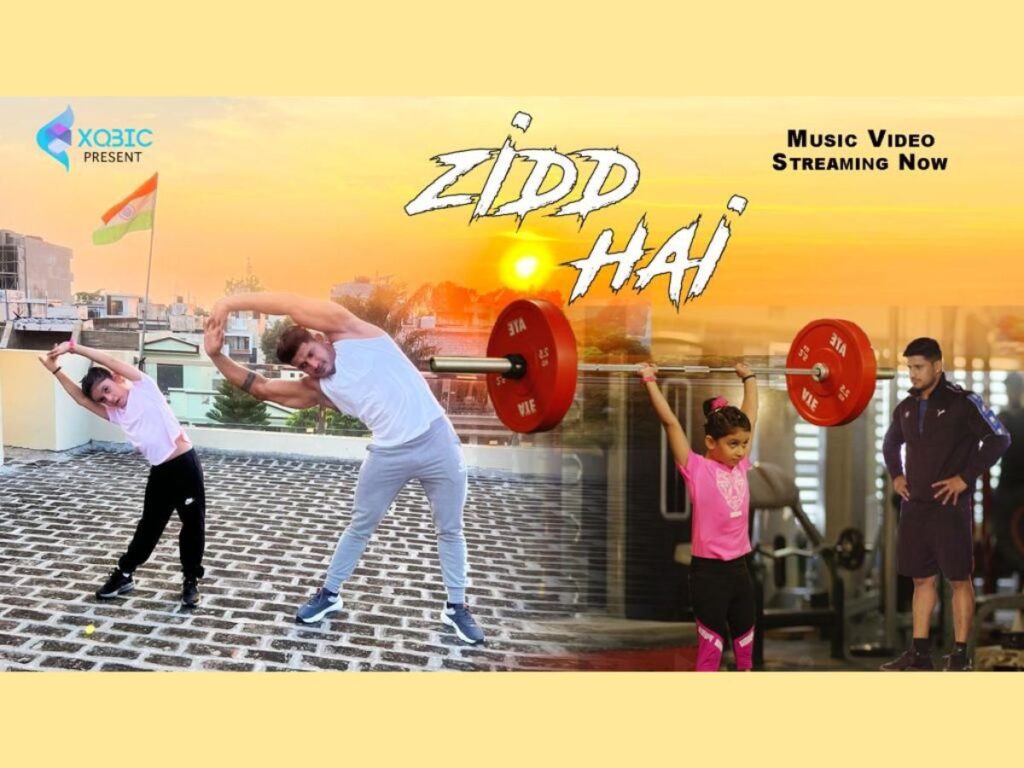 New Delhi (India), August 19: Xqbic Ventures releases its first motivational anthem music video, “Zidd Hai”, which showcases an inspiring real-life story of astonishing 7-year-old wonder, Arshia Goswami, from Panchkula Haryana. The story of Arshia and her father, Avnish Goswami, is the pivotal point of the song. Composed & penned by Abhinav Meher and voiced by Shruti Sharma, this song is that every silver lining of hope that helps us fight tooth and nail against all the odds & adversities life challenges us.

The song depicts that each of us goes through some difficult situations in our lives when the dark clouds keep hovering over us, thereby testing our mettle. The music video portrays Arshia as a self-motivated weightlifting prodigy who also happens to be the protagonist in the music video. Ever since she started training with her father, she has been thoroughly enthusiastic in her preparations, consistently putting in hard yards day in and day out. Being in close monitoring of her father, she prioritizes her fitness and diet as an upcoming athlete, all of this in mere seven years of her existence. She has earned the title of India’s strongest girl and entered The India Book of Records last year as the youngest deadlifter. The key role of her father is played by Ajay Singh Rawat, yet another hard worker & achiever in his forte. He is in the Indian Special Armed Forces and has been Mr. Madhya Pradesh, a top-notch bodybuilding athlete for years.

The producer of the song, Bharati Mahapatra, CEO Xqbic Ventures, an independent, self-driven and passionate woman from Mumbai, is a professional legal consultant as well as a classical Odissi dancer. Sharing about the song, Bharati says, “I’m starting off my new venture with this song as I can relate to the very philosophy of never backing down in life, which this song runs on and not just me, rather everyone can absorb this song to the core. It has that universal generic appeal that would attract all ears and inspire them to reach new heights. I hope people will like the song’s idea and garner much love on the same.”

The debut music release from Xqbic Ventures, “Zidd Hai,” is a calming expression of the essence of life that will inspire you to push yourself to your boundaries and succeed in life. The much-awaited song was released on 15th August 2022, on various music streaming platforms and on XQBIC’s official YouTube channel- https://youtu.be/xY2es1DAuQ8 .

The next big Bollywood release – ‘Dhoop Chhaon’, will soon hit theatres across the country